When All Else Fails...

...and you shopped all day in complete madness, with laughs and a sweet friend (hey Mel)...and you don't have anything stamping to show...share an adorable picture (or two) of your niece. 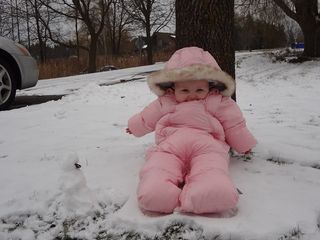 So if this is not the cutest little snuggly I don't know what is. I didn't even know they made snowsuits this small. (Hey is that a little snowman on the left?) What is inside that pink marshmallow? 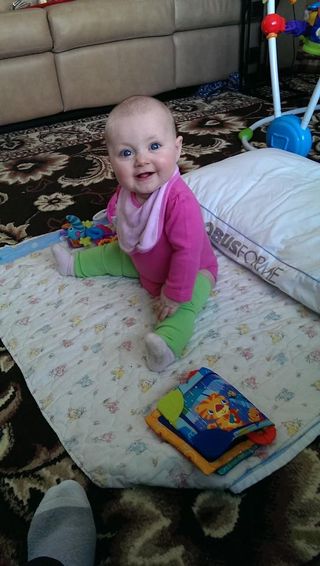 This little cutie patootie, I love her smile, she sure knows what to do with a camera eh? Yes I am ready for my closeup...and hey look who is sitting up now...and the leg warmers? Ha! Too cute! I sure wish Granny had of lived to see her.

Oh hey I bought a pressure cooker today, so if you have any favorite recipes please share them ok?

Have a blessed Sunday and hug your love ones if you can, I sure wish I could hug this little cutie.

Thanks for stopping in.

I hope you had a great Thanksgiving and had lots of yummy food and had lots of fun with your family. We stayed home just the three of us and that was nice. Jeff is working on something in his shop and I was going to mingle the girls today. We have had the babies for 8 weeks. Can you believe it? They say 8 weeks old is the magical number for introducing new hens to an existing flock. 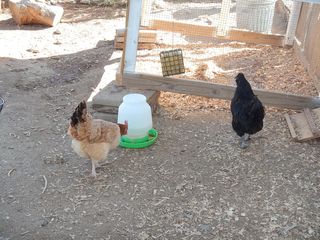 We propped the baby pen up on some bricks so they could come out and also have a safe place to go back to. They never did go back in, but Mindy did go in a few times (she is the same size as the babies) and the way she was acting today I was tempted to remove the bricks and leave her in there...never has a chicken of ours been so close to being eaten banned from the run. Clara was bad and she actually was banned for a few days, but Mindy was just horrible. I remember how mean her brothers were to each other. 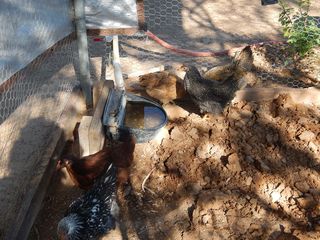 The babies are checking out the water cooler. 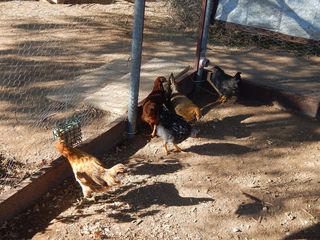 Mindy picked on them so much and they huddled in the corner. They would not even do anything and she would go over and peck peck peck! Seems she has been the low chicken on the totem pole and she was letting them know that they are now. I think they get it Mindy, thanks!

I would have thought Fiji would have been the worst cause she is the top hen, but Stella and Fiji hardly gave them a second glance, unless they tried to eat out of the same dish. Mork pecked on them a little bit. 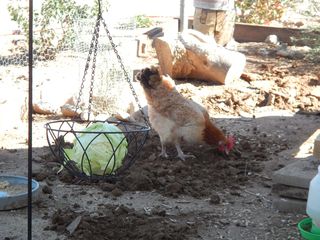 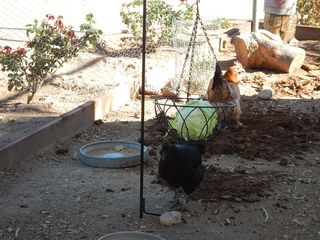 Mindy the brat. I swear I do not like her right now. That sounds mean, but it is true. 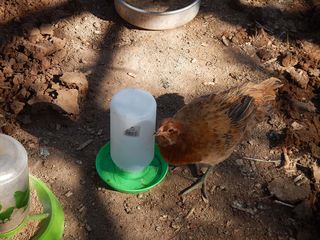 Laverne is saying "really this is where we are going to live?" 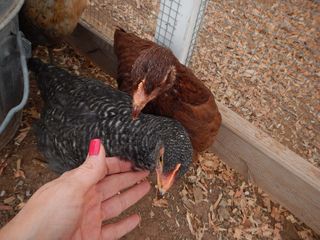 Aunt Bea and Polly...finally getting to hold them. They are so sweet! 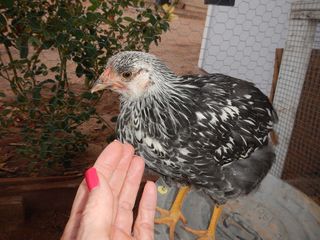 Maggie, she is more used to me than the others as she has been held a few times. She does not limp anymore so that is good. 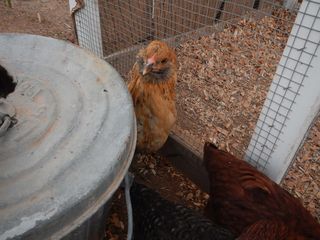 Shirley is so sweet too. I held all of them and will each day. At night time the big girls went in the hen house and then the babies were like "hey we can eat the cabbage!" but then it started to get dark and they were crying "Mamma where are we sleeping?" I crouched down and they all came running to me. I thought they would go back in their baby pen but nope, I even put Laverne in it and she came right back out. So Jeff took it out as it was taking up space anyway.  As it got dark I put each of them inside the little door of the hen house and they stayed in...sleeping on the floor in the corner but at least they will know that is where they will sleep. I hope tomorrow is much better. It has to be right? I have a 10/10/25 Thank you card class coming up so I figured out the cards and supply stuff I need to order.

If you are going out shopping be careful!

Have an awesome Friday and thanks for stopping in. 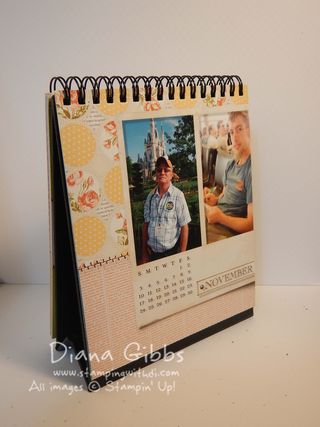 I have been showing you the adorable desktop calendar that I made over the past year (I love these and they are so cute and everyone comments on it) and I thought hey why don't I make a few to sell for 2014? So I did, but I changed them up a bit though.  You can order yours today and when you get it you will just add your own photos to the page. The calendar is approx 5 1/2 x 7 and spiral bound and stands up like shown. 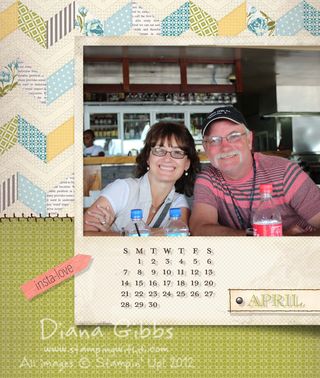 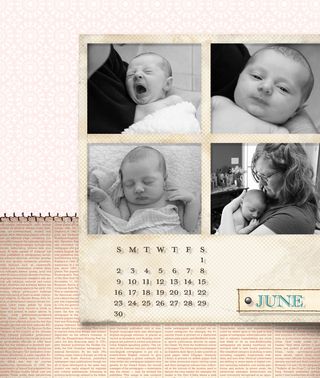 So where I have pictures, those areas will be blank and you will just add your photos, neat eh? 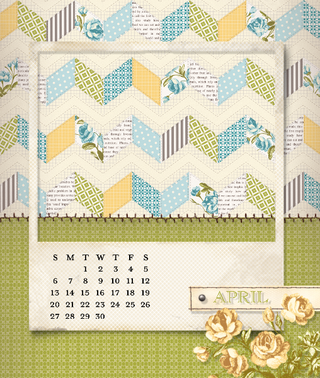 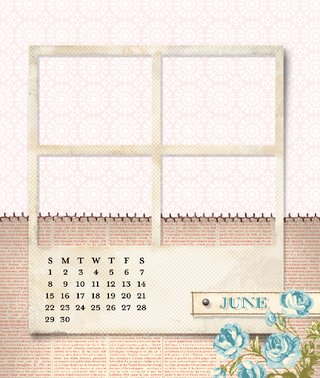 See? Your calendar will come to you like this, with the blank areas for you to add your photos by trimming them and adhering them. That way it will be a hybrid calendar, part MDS and part real photos. Now I centered the calendar photo area dealies to make it easier to add your photos and added some embellishments here and there.

You can do four pictures or one big one, it is up to you. Each month is a little different.

Calendars are $28.00 each and that includes priority postage. I do have a limit that I can sell so please let me know right away.

I can only ship within the US, so thanks for understanding. I will send you a paypal invoice when you let me know you want to order.

I imagine the turn around will be a week and a half to two and I will order them as I need them.

Have a very Happy Thanksgiving and thanks for stopping in. 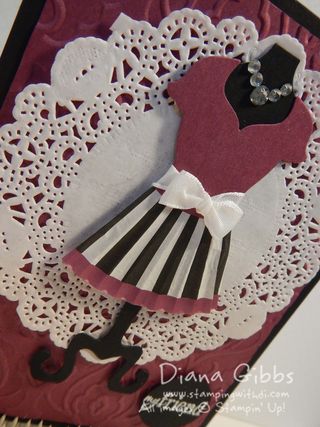 I remember one time I watched a fashion star show and the contestants had to make clothes from stuff at the grocery store.  The contestants that picked things like table clothes were really frowned upon (the judges said they did not think enough outside the box).  The one that was downright beautiful when done was made using vacuum cleaner bags and they were dyed. 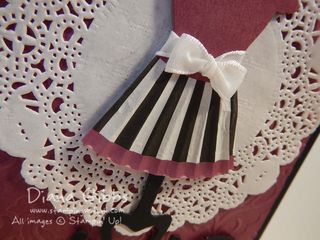 So who says you can't use a cupcake liner for a skirt?

That is just what my dear friend Karen Duke did for her Founder's Circle swap, I love it,  and you Karen! Thanks so much for giving the best hugs. Isn't her card the cutest? To make the cute little bow just use a fork...I have a tutorial here.

Do you watch Chicago  Hope  Fire?  (thanks Jax for catching my boo-boo!) I sure hope that mean lady that wants to shut down 51 is really off the show for good, I didn't like her on True Blood and I don't like her on here either. Poor Shay is just a mess isn't she? They need to get her better and get that story line over. 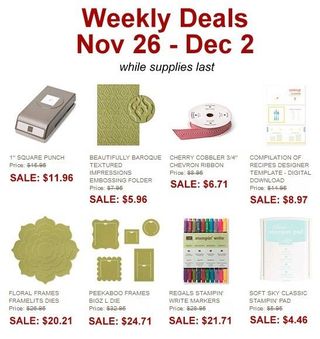 Here is todays weekly deal in my online store, remember this will change every Tuesday. Come and look at the deal and place your order right away for these great, discounted products.

Soft Sky is one of my favorite colors, and I love that the Peek-a-Boo frames die is on here, this makes such cute cards, you can even make an advent calendar with a little note in each one leading up to Christmas.

Please note that weekly deals will be offered while supplies last! The discount will appear in your shopping bag when you check out.

Have an awesome Tuesday...